Get your World War 1 Books from The Works. Use the filters below to find the book you are looking for.
Filter 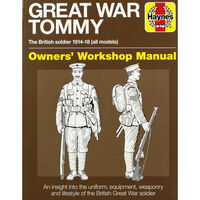 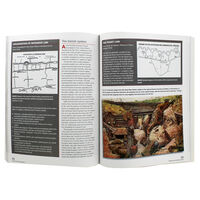 Delve into the life and times of the Great British soldier, or Tommy, and learn all there is to know on equipping and training for war. Explore the abiding fascination with the uniform and equipment of the Great War Tommy and discover the aspects of his uniform and equipment, drill and training, weapons and defences. This guide is packed full of colour images with historical interpreters wearing uniforms, carrying the equipment and digging trenches, giving them personal insights into the practicalities of the life of a Great War Tommy. Product Information:• ISBN: 9781785212574• Author: Peter Doyle• Publisher: Haynes• Format: Paperback• Pages: 156• Dimensions: 26 x 21 x 1cm 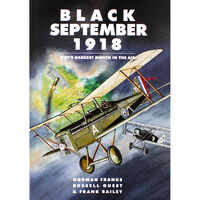 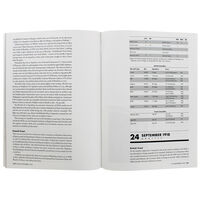 Fifteen months later into World War I, the follow-up to Blood April 1917 commences... More battles had been fought, won and lost on both sides within this period and now American strength was feeding into France, resulting in masses of men put into the air. Although the numbers were not in their favour, they were opposed by no less a formidable German fighter force than had the squadrons in April 1917. But the German fighter pilots were able to inflict a larger toll of British, French and American aircrafts shot down, making it the worst month for the Allied flyers during the whole of WWI. Black September 1918 is an illustrated and essential reference piece to understanding one of the most crucial months of war in the skies. Product Information:• ISBN: 9781911621119• Author: Norman Franks, Russel Guest { Frank Bailey• Publisher: Grub Street• Format: Paperback• Pages: 280• Dimensions: 24 x 17 x 2cm 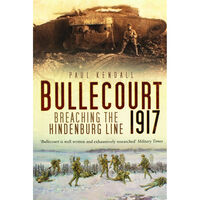 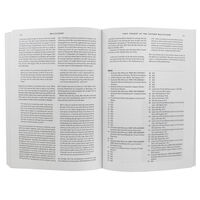 In April and May 1917, the assault upon the Hindenburg Line at Bullecourt by three British and three Australian Divisions was designed to assist Allenby's Third Army breakout from Arras. But as a grinding war of attrition saw the worst Australian defeat of the War, this book tells the full story of a battle that can be seen as an archetype of the horrors of trench warfare. With significant numbers fighting into German lines against all odds, it was here that the Australians cemented their reputation as a reliable and formidable force. Join Paul Kendall as he contacts living relatives of those who fought to bring a human face to the sacrifices made at Bullecourt that resulted in the first breakthough of the Hindenburg Line. Product Information:• ISBN: 9780750981781• Author: Paul Kendall• Publisher: The History Press• Format: Paperback• Pages: 416• Dimensions: 25 x 17.5 x 3cm 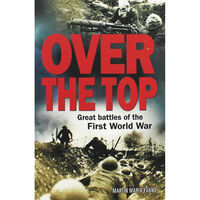 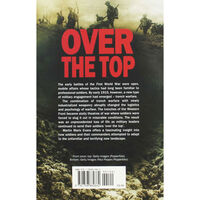 Over the Top: Great Battles of World War I

The early battles of the First World War were open, mobile affairs whose tactics had long been familiar to professional soldiers. By early 1915, however, a new type of military engagement had emerged - trench warfare. The combination of trench warfare with newly industrialized weaponry abruptly changed the logistics and psychology of warfare. The trenches of the Western Front became static theatres of war where soldiers were forced to slug it out in miserable conditions. The result was an unprecedented loss of life as military leaders continued to send their soldiers 'over the top'. Martin Marix Evans offers a fascinating insight into how soldiers and their commanders attempted to adapt to the unfamiliar and terrifying new landscape. Product Information:• ISBN: 9781788880862• Author: Martin Marix Evans• Publisher: Arcturus• Format: Paperback• Pages: 240• Dimensions: 23.5 x 15.5 x 2cm 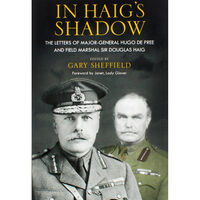 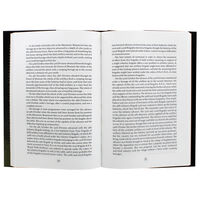 Delve into this extraordinary addition to the primary-source records of the First World War and the later archives of the Haig family. An unknown story of Haig's nephew Hugo de Pree and his distinguished military career with a fascinating insight into the life of a Great War staff officer and brigade commander. Including new material concerning Hugo De Pree and Douglas Haig as a valuable resource of the history of the British Army and a rounded picture of a man who has too often been caricatured. Product Information:• ISBN: 9781784383534• Author: Gary Sheffield• Publisher: Greenhill Books• Format: Hardback• Pages: 228• Dimensions: 24 x 16 x 3cm