Get your Cycling Books from The Works. Use the filters below to find the perfect book for you.
Filter 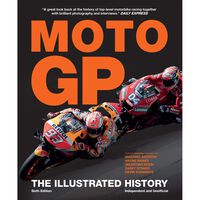 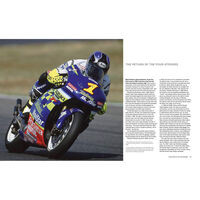 The daring exploits of motorcycle race legends Valentino Rossi, Barry Sheene, Casey Stoner and John Surtees are all gloriously celebrated in Moto GP: The Illustrated History. Packed with more than 150 stunning photographs, this authoritative and long-overdue illustrated history celebrates high performance motorbike racing since the start of the world championship in 1949. Each racing decade is dissected and discussed, as are the big incidents, top personalities and technological innovations. To complete the book, motorcycle racing's greatest names - including John Surtees, Giacomo Agostini, Kenny Roberts, Valentino Rossi, Casey Stoner and Marc Marquez - provide exclusive personal insights and accounts of what it is like to race at speeds of 180mph.  MotoGP: The Illustrated History is a unique book which brilliantly conveys the exhilarating spirit of this popular sport. Product Information: ISBN: 9781787395091 Author: Michael Scott Publisher: Welbeck Publishing Format: Hardback Pages: 264 Dimensions: 28.5 x 23.5 x 1.9cm 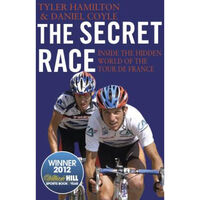 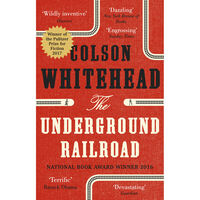 Cora is a slave on a cotton plantation in Georgia. All the slaves lead a hellish existence, but Cora has it worse than most; she is an outcast even among her fellow Africans and she is approaching womanhood, where it is clear even greater pain awaits. When Caesar, a slave recently arrived from Virginia, tells her about the Underground Railroad, they take the perilous decision to escape to the North. In Whitehead's razor-sharp imagining of the antebellum South, the Underground Railroad has assumed a physical form: a dilapidated box car pulled along subterranean tracks by a steam locomotive, picking up fugitives wherever it can. Cora and Caesar's first stop is South Carolina, in a city that initially seems like a haven. But its placid surface masks an infernal scheme designed for its unknowing black inhabitants. And even worse: Ridgeway, the relentless slave catcher sent to find Cora, is close on their heels. Forced to flee again, Cora embarks on a harrowing flight, state by state, seeking true freedom. Product Information: • ISBN: 9780708898406 • Author: Colson Whitehead • Publisher: Little Brown • Format: Paperback • Pages: 400 • Dimensions: 19.6 x 12.9 x 2.6cm 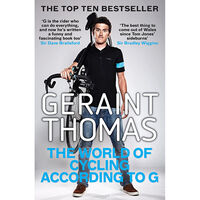 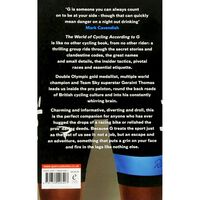 The World of Cycling According to G

Like no other cycling book, from no other rider - Britain's cycling star shares his unique take on the world of cycling Sit back or saddle up as double Olympic gold medallist and multiple world champion Geraint Thomas gives you a warts and all insight into the life of a pro cyclist. Along the way he reveals cycling's clandestine codes and secret stories, tales from the peloton, the key characters like Wiggins, Hoy and Cav, the pivotal races and essential etiquette. Geraint Thomas is treasured for treating his sport just as the rest of us see it: not a job but an escape and an adventure. He's been with Team Sky since its inception, and is one of our most successful and gifted track and road riders, but Geraint reminds us that getting on the bike still puts a smile on your face and fire in the legs like nothing else. Funny, informative, diverting and droll, this is a joyful celebration of the world of cycling. Product Information: • ISBN: 9781784296407 • Author: Geraint Thomas • Publisher: Quercus • Format: Paperback • Pages: 384 • Dimensions: 19.7 x 12.7 x 2.5cm