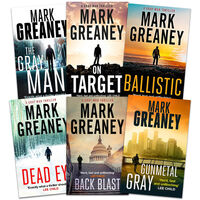 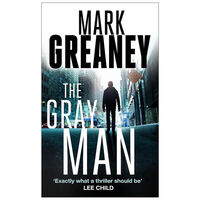 Online Only! Get more for less with The Work’s expertly hand-picked Book Bundles. These are a collection of great quality products, grouped together to give you amazing value. Discover six novels in the bestselling Greyman series, soon to be a Netflix original film starring Ryan Gosling and Chris Evans. To those who lurk in the shadows, he's known as the Gray Man. He is a legend accomplishing the impossible and then fading away. And he always hits his target. There's no grey area between killing for a living and killing to stay alive... 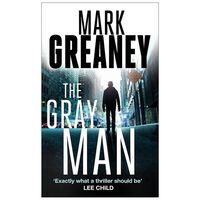 To those who lurk in the shadows, he's known as the Gray Man. He is a legend in the covert realm, moving silently from job to job, accomplishing the impossible and then fading away. And he always hits his target. But there are forces more lethal than Gentry in the world. Forces like money. And power. And there are men who hold these as the only currency worth fighting for. In their eyes, Gentry has just outlived his usefulness. But Court Gentry is going to prove that, for him, there's no grey area between killing for a living and killing to stay alive... Product Information: • ISBN: 9780751550252 • Author: Mark Greaney • Publisher: Sphere • Format: Paperback • Pages: 416 • Dimensions: 19.6 x 12.8 x 2.7 cm 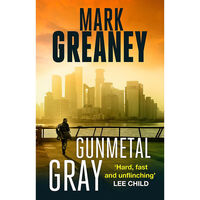 After five years on the run, 'The Gray Man' - Court Gentry - is back on the inside at the CIA. His first mission makes him wish he wasn't, when a pair of Chinese agents try to take him down in Hong Kong. Normally the Chinese stay eyes-only on foreign agents - why are they on such high alert? Court's high-stakes hunt leads to an old friend, Donald Fitzroy, who is being held hostage by the Chinese. Fitzroy was contracted to find Fan Jiang, a former member of an ultra-secret unit responsible for testing China's security systems. But Fan was too good at his job... Product Information: ISBN: 9780751569933 Author: Mark Greaney Publisher: Little Brown Format: Paperback Pages: 528 Dimensions: 20 x 13 x 3.5cm 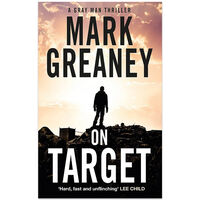 The killer second Gray Man thriller by Mark Greaney sees the past catching up with Court Gentry with fatal results. Four years ago, Court Gentry was betrayed by his handlers in the CIA. To survive, he has to eliminate his own brothers in arms. Now, as a master assassin known as the Gray Man, he makes his living killing other people. But when an old comrade he thought dead returns to haunt him, his own life is put in the crosshairs. The man wants Court to complete a mission - but instead of an assassination, the job will entail a nearly impossible kidnapping - and Court must return his quarry to the very CIA team that turned on him... Product Information: • ISBN: 9780751550269 • Author: Mark Greaney • Publisher: Sphere • Format: Paperback • Pages: 400 • Dimensions: 19.6 x 12.4 x 3.2 cm 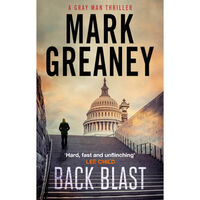 Court Gentry was the CIA's best agent - until the day the Agency turned against him and put out a kill-on-sight order. That's when the enigmatic international assassin called the Gray Man was born, and Court has been working for himself ever since. Court is determined to find out what happened all those years ago to make the Agency turn against him. On his list to interrogate are his former partners and the men who sent him on his last mission. What he doesn't realize is that the questions that arose from that mission are still reverberating in the US intelligence community, and he's stumbled onto a secret that powerful people want kept under wraps. And now they have him in their crosshairs. Court is used to having people on his trail, but this time, it's on US soil - the last place he wants to be. He'll have to find the answers to his fate while evading capture . . . and avoiding death. Product Information: • ISBN: 9780751579239 • Author: Mark Greaney • Publisher: Sphere • Format: Paperback • Pages: 576 • Dimensions: 19.6 x 12.8 x 4.4cm 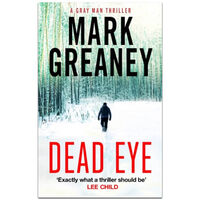 Ex-CIA master assassin Court Gentry has always prided himself on his ability to disappear at will, to fly below the radar and exist in the shadows - to survive as the near-mythical Gray Man. But when he takes revenge upon a former employer who betrayed him, he exposes himself to something he's never had to face before. A killer who is just like him. Code-named Dead Eye, Russell Whitlock is a graduate of the same ultra-secret Autonomous Asset Program that trained and once controlled Gentry. But now, Whitlock is a free agent who has been directed to terminate his fellow student of death. He knows how his target thinks, how he moves, and how he kills. And he knows the best way to do the job is to make Gentry run for his life - right up until the moment Dead Eye finally ends it... Product Information: • ISBN: 9780751579246 • Author: Mark Greaney • Publisher: Sphere • Format: Paperback • Pages: 480 • Dimensions: 19.6 x 12.4 x 3.6 cm 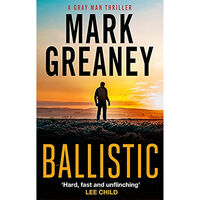 Ex-CIA assassin Court Gentry thought he could find refuge living in the Amazon rain forest. But his bloody past finds him when a vengeful Russian crime lord forces him to go on the run once again. Court makes his way to one of the only men in the world he can trust-and arrives too late. His friend is dead and buried. Years before, Eddie Gamboa had saved Court's life. Now, Eddie has been murdered by the notorious Mexican drug cartel he fought to take down. And Court soon finds himself drawn into a war he never wanted. But in this war, there are no sides - only survivors... Product Information: • ISBN: 9780751579222 • Author: Mark Greaney • Publisher: Sphere • Format: Paperback • Pages: 464 • Dimensions: 19.4 x 12.6 x 3.4 cm