Escape everyday life with one of Sarah J. Maas's fantastic books. We've got a great range of books from the bestselling author, including her famous Throne of Glass Series. Just use the filters below to browse the best Sarah J. Maas books.
Edit Filters 1 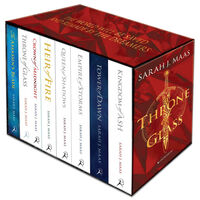 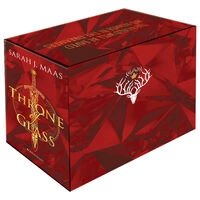 When magic has gone from the world and a vicious king rules from his throne of glass, an assassin comes to the castle. She is a prisoner, but if she can defeat twenty-three killers, thieves, and warriors in a competition to find the greatest assassin in the land, she will become the king's champion and earn her freedom. But the evil she encounters in the castle goes deep, and as dark forces gather on the horizon - forces which threaten to destroy her entire world - the assassin must take her place in a fight greater than she could ever have imagined. Fans new and old will dive into this spectacular box set featuring a new ruby red box design, and containing a map poster and paperback editions of the entire series. Included in this title: • The Assassin's Blade • Throne of Glass • Crown of Midnight • Heir of Fire • Queen of Shadows • Empire of Storms • Tower of Dawn • Kingdom of Ash Product Information: • ISBN: 9781526640918 • Author: Sarah J. Maas • Publisher: Bloomsbury YA • Format: Box Set – Paperback • Dimensions: 20.6 x 30.4 x 13.2 cm 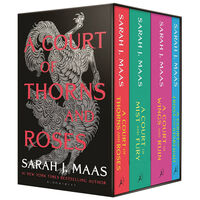 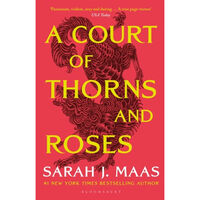 A Court of Thorns and Roses Box Set

Desire has never been so deadly. Feyre is a huntress. The skin of a wolf would bring enough gold to feed her sisters for a month. But the life of a magical creature comes at a steep price, and Feyre has just killed the wrong wolf ... Follow Feyre's journey into the dangerous, alluring world of the Fae, where she will lose her heart, face her demons and learn what she is truly capable of. Included in this title: • A Court of Thorns and Roses • A Court of Mist and Fury • A Court of Wings and Ruin • A Court of Frost and Starlight Product Information: • ISBN: 9781526630780 • Author: Sarah J.Maas • Publisher: Bloomsbury Publishing • Format: Boxset • Pages: 2112 • Dimensions: 20.32 x 14.48 x 13.21cm 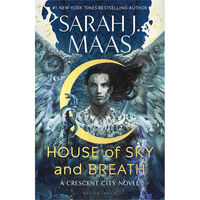 Sarah J. Maas's groundbreaking Crescent City series continues with this second instalment. Bryce Quinlan and Hunt Athalar have made a pact. As they process the events of the Spring they will keep things . platonic . until the Solstice. But can they resist when the crackling tension between them is enough to set the whole of Crescent City aflame? Dragged into a rebel movement they want no part of, Bryce, Hunt and their friends find themselves pitted against the terrifying Asteri - whose notice they must avoid at all costs. But as they learn more about the rebel cause, they face a choice: stay silent while others are oppressed, or fight. And they've never been very good at staying silent. Product Information: • ISBN: 9781408884423 • Author: Sarah J. Maas • Publisher: Bloomsbury Publishing • Format: Hardback • Pages: 768 • Dimensions: 23.8 x 16.1 x 6.1 cm 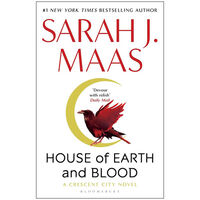 Half-Fae, half-human Bryce Quinlan loves her life. Every night is a party and Bryce is going to savour all the pleasures Lunathion - also known as Crescent City - has to offer. But then a brutal murder shakes the very foundations of the city, and brings Bryce's world crashing down. Two years later, Bryce still haunts the city's most notorious nightclubs - but seeking only oblivion now. Then the murderer attacks again. And when an infamous Fallen angel, Hunt Athalar, is assigned to watch her every footstep, Bryce knows she can't forget any longer. As Bryce and Hunt fight to unravel the mystery, and their own dark pasts, the threads they tug ripple through the underbelly of the city, across warring continents, and down to the deepest levels of Hel, where things that have been sleeping for millennia are beginning to stir ... Product Information: • ISBN: 9781526622884 • Author: Sarah J.Maas • Publisher: Bloomsbury Publishing • Format: Paperback • Pages: 912 • Dimensions: 19.8 x 13.2 x 5.4cm 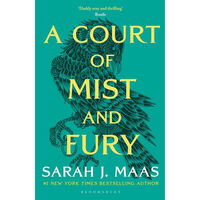 A Court of Mist and Fury: A Court of Thorns and Roses Book 2

Feyre survived Amarantha's clutches to return to the Spring Court – but at a steep cost. Though she now possesses the powers of the High Fae, her heart remains human, and it can't forget the terrible deeds she performed to save Tamlin's people. Nor has Feyre forgotten her bargain with Rhysand, the mesmerising High Lord of the feared Night Court. As Feyre navigates his dark web of political games and tantalising promises, a greater evil looms – and she might be key to stopping it. But only if she can step into her growing power, heal her fractured soul and have the courage to shape her own future – and the future of a world cloven in two. Product Information: • ISBN: 9781526617163 • Author: Sarah J.Maas • Publisher: Bloomsbury Publishing • Format: Paperback • Pages: 656 • Dimensions: 19.9 x 13 x 4.5cm 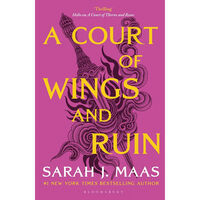 A Court of Wings and Ruin: A Court of Thorns and Roses Book 3

Feyre has returned to the Spring Court, determined to gather information on Tamlin's manoeuvrings and the invading king threatening to bring her land to its knees. But to do so she must play a deadly game of deceit – and one slip may spell doom not only for Feyre, but for her world as well. As war bears down upon them all, Feyre must decide who to trust amongst the dazzling and lethal High Lords and hunt for allies in unexpected places. And her heart will face the ultimate test as she and her mate are forced to question whether they can truly trust each other. Product Information: • ISBN: 9781526617170 • Author: Sarah J.Maas • Publisher: Bloomsbury Publishing • Format: Paperback • Pages: 719 • Dimensions: 19.7 x 12.9 x 4.8cm 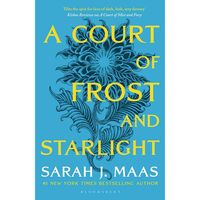 A Court of Frost and Starlight: A Court of Thorns and Roses Book 4

In this companion tale to the bestselling A Court of Thorns and Roses series, Feyre, Rhys and their friends are working to rebuild the Night Court and the vastly changed world beyond after the events of A Court of Wings and Ruin. But Winter Solstice is finally near, and with it a hard-earned reprieve. Yet even the festive atmosphere can't keep the shadows of the past from looming. As Feyre navigates her first Winter Solstice as High Lady, she finds that those dearest to her have more wounds than she anticipated – scars that will have a far-reaching impact on the future of their court. Product Information: • ISBN: 9781526617187 • Author: Sarah J.Maas • Publisher: Bloomsbury Publishing • Format: Paperback • Pages: 272 • Dimensions: 19.8 x 12.9 x 2cm