Get the inside story behind some of the most notorious royal events with our range of Royal History books. Don't just get all your information from tabloid papers, documentaries on TV and hit Netflix shows - choose one of the below books to get a little more insight into our Royal history. Our range spans generations with books on the Tudors through to the Windsors.
Edit Filters 1 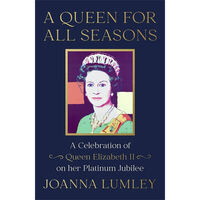 A Queen for All Seasons

A sparkling celebration of our much-loved Queen Elizabeth II for her Platinum Jubilee including special writings and illuminating insights around key moments in her 70-year reign, introduced and edited by her biggest fan Joanna Lumley. In 2022 Queen Elizabeth II celebrates seventy years as Queen and Head of the Commonwealth. She is Britain's longest reigning monarch and the very first to celebrate a Platinum Jubilee. A Queen For All Seasons, edited and introduced by Joanna Lumley, is a perceptive, touching and engaging tribute to this unique woman. A treasure chest of first-hand writings, insights and snapshots of the Queen during key moments of her reign to form a vibrant portrait of the woman herself and the extraordinary role she plays. Joanna Lumley guides us as we meet Princess Elizabeth in 1952, aged just twenty-five, and about to become Queen, and brings us through to the present day when, as our matriarch, the Queen keeps the national ship steady, including in moments of crisis and suffering. Here are unique perspectives into some of the most fascinating aspects of the Queen's life - her role as head of state at home and abroad, her private passions and public interests and a bird's-eye look at key events that have held the nation together and the Queen in our affection throughout Britain and beyond. This book is a special and unique portrait of our constant Queen in an ever-changing world. Product Information: • ISBN: 9781529375923 • Author: Joanna Lumley • Publisher: Hodder & Stoughton • Format: Hardback • Pages: 320 • Dimensions: 23.6 x 16 x 3.2 cm 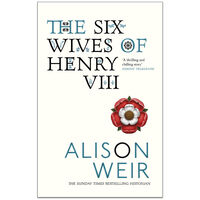 The Six Wives of Henry VIII

One of the most powerful monarchs in British history, Henry VIII ruled England in unprecedented splendour. In this remarkable composite biography, Alison Weir brings Henry's six wives vividly to life, revealing each as a distinct and compelling personality in her own right. Drawing upon the rich fund of documentary material from the Tudor period, The Six Wives of Henry VIII shows us a court where personal needs frequently influenced public events and where a life of gorgeously ritualised pleasure was shot through with ambition, treason and violence. Product Information: • ISBN: 9781529196054 • Author: Alison Weir • Publisher: Vintage • Format: Paperback • Pages: 656 • Dimensions: 19.71 x 12.98 x 4.29 cm 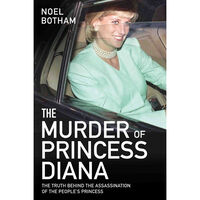 The Murder of Princess Diana

A whole nation stood paralysed at the news of Princess Diana's tragic death after a car crash in Paris in August 1997. However heartbroken about the accident that took the life of the People's Princess, many people were sceptical about the government's official statements. After in-depth research of the circumstances of that fateful night, investigative writer and former journalist Noel Botham finally reveals what he alleges to be the truth - Princess Diana fell victim to a ruthlessly executed assassination. Twenty years later, the tragedy still shapes Britain as we know it today. How could the Establishment betray the trust of a whole nation? How was the killing executed? Was there really another car in the tunnel at the time of the crash? Reporting from the innermost sanctums of British intelligence and royalty, Botham reveals shocking answers to what he claims is one of the UK's most successfully kept secrets. Product Information: ISBN: 9781786064769 Author: Noel Botham Publisher: John Blake Publishing Ltd Format: Paperback Pages: 288 Dimensions: 19.8 x 2.4 x 12.9cm 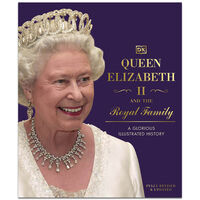 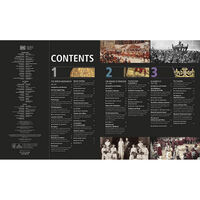 A magnificent tribute to the life and reign of Queen Elizabeth II, and a celebration of the British royal family. A stunning pictorial biography of Queen Elizabeth II, recounting her childhood, succession to the throne, and her dutiful service as the reigning monarch of Britain. This biography of the Queen also includes the history of the Royal family and the house of Windsor. Queen Elizabeth II and the Royal Family 3rd Edition features accounts of most of the royal household including the Queen and Prince Philip's children, grandchildren and great-grandchildren! Inside the pages of this biography you'll find: - The complete history of the kings and queens of England and Scotland, explaining the story of succession to the throne over more than 1,000 years - Special features profile royal residences, including Buckingham Palace and Windsor Castle - Dazzling photographic galleries showcasing royal regalia, artefacts as well as rare, restricted and exclusive photographs - Visual timelines at the start of each chapter highlight the key milestones in the history of the monarchy For almost 70 years the Queen has been beloved and admired by the British public, the commonwealth, heads of states and many others. Following her ascent to the throne at the age of 27, she's spent her entire life in service of the public and state. This biography celebrates her life through photographs and profiles and provides the reader with insight into the world's most famous royal family members. Teaming with dazzling galleries of royal artefacts, photographic tours, royal residences, and the Royals up close makes this the perfect book for fans of the royal family or anyone interested in the history of the British monarchy. Product Information: • ISBN: 9780241487433 • Author: DK • Publisher: DK • Format: Hardback • Pages: 328 • Dimensions: 29 x 24.4 x 2.6cm 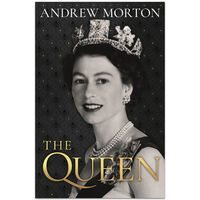 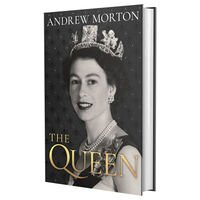 In this entertaining and insightful biography, award-winning writer Andrew Morton takes you behind the scenes to uncover the woman and her world. Only twenty-five when she became Queen after the premature death of her father, King George Vl, Elizabeth has become the stuff of superlatives: the longest reigning, most travelled and, for a shy woman, the Queen who has shaken more hands and made more small talk than any other monarch in history. She has been seen and believed by millions, either in person, on television or film. In 1936, her uncle David, King Edward VIII, wanted to marry a twice-divorced American, Wallis Simpson. When he couldn't he abdicated. Since that national trauma, divorce and the fall-out from divorce has shaped her reign. She has witnessed her sister Margaret, three of her children and several grandchildren divorce. And she has lived long enough to see the wheel turn full circle, watching as another American divorcee, Meghan Markle, walked down the aisle with her grandson Prince Harry. While her reign has been defined by divorce, her private life has been moulded by an irascible husband, an extravagant mother and a querulous eldest son. In the winter of her reign she refereed a war between two of her grandsons, brothers William and Harry who were once inseparable friends. As she celebrates her platinum anniversary, the first monarch to reign for seventy years, she has, during a once in a lifetime pandemic, become the reassuring face of hope and optimism, the grandmother to the nation. Product Information: • ISBN: 9781789294484 • Author: Andrew Morton • Publisher: Michael O'Mara • Format: Hardback • Pages: 432 • Dimensions: 23.4 x 15.3 x 3.25 cm 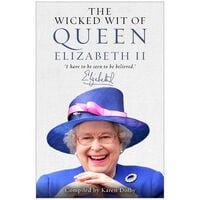 When thinking of the Queen, our first image is one of dignity and authority. She is the very definition of majesty: the British monarch, the Supreme Governor of the Church of England and the head of the Commonwealth. But as anyone who knows her will tell you, in person she has a wicked sense of humour. Occasionally unintentional (when meeting guitar legend Eric Clapton she enquired 'Have you been playing a long time?'), sometimes cannily astute ('I have to be seen to be believed') and at times downright silly (nicely demonstrated when staff at Balmoral discovered the Queen jumping up and down with glee exclaiming 'I've won, I've won!' after hearing that England had beaten Australia in the cricket), her sense of humour is like no other. Revealing a side of the Queen's personality that the public rarely see, this joyous little book is a timely celebration of royal humour as Elizabeth II succeeds Victoria as Britain's longest-serving monarch. Product Information: • ISBN: 9781782433651 • Author: Karen Dolby • Publisher: Michael O'Mara • Format: Hardback • Pages: 158 • Dimensions: 20.5 x 13.5 x 1.5cm