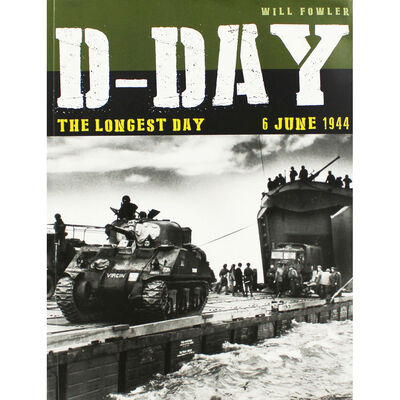 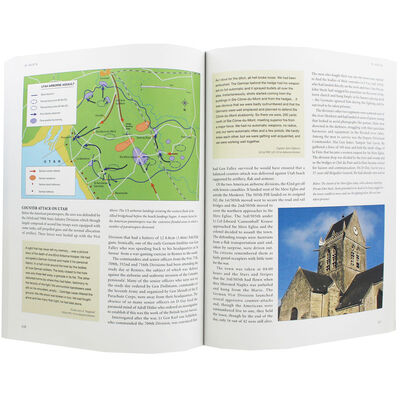 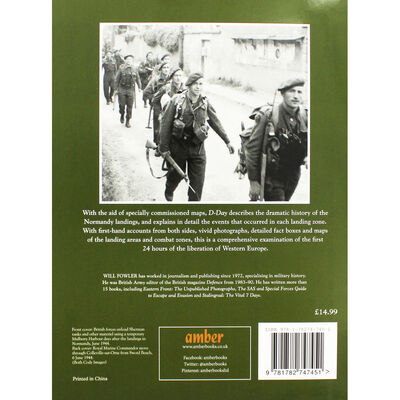 Paperback by Will Fowler

The Longest Day is a 1962 American epic war film based on Cornelius Ryan's 1959 non-fiction of the same name[3] about the D-Day landings at Normandy on June 6, 1944. The film was produced by Darryl F. Zanuck, who paid author Ryan $175,000 for the film rights.[4] The screenplay was by Ryan, with additional material written by Romain Gary, James Jones, David Pursall, and Jack Seddon. It was directed by Ken Annakin (British and French exteriors), Andrew Marton (American exteriors), and Bernhard Wicki (German scenes). The Longest Day features a large international ensemble cast including John Wayne, Kenneth More, Richard Todd, Robert Mitchum, Richard Burton, Steve Forrest, Sean Connery, Henry Fonda, Red Buttons, Peter Lawford, Eddie Albert, Jeffrey Hunter, Stuart Whitman, Tom Tryon, Rod Steiger, Leo Genn, Gert Fröbe, Irina Demick, Bourvil, Curd Jürgens, George Segal, Robert Wagner, Paul Anka, and Arletty. Many of these actors played roles that were essentially cameo appearances. In addition, several cast members had seen action as servicemen during the war, including Albert, Fonda, Genn, More, Steiger, and Todd; Todd was among the first British officers to land in Normandy in Operation Overlord, and he participated in the assault on Pegasus Bridge. The film employed several Axis and Allied military consultants who had been actual participants on D-Day, and many had their roles re-enacted in the film. These included Günther Blumentritt (a former German general), James M. Gavin (an American general), Frederick Morgan (Deputy Chief of Staff at SHAEF), John Howard (who led the airborne assault on the Pegasus Bridge), Lord Lovat (who commanded the 1st Special Service Brigade), Philippe Kieffer (who led his men in the assault on Ouistreham), Marie-Pierre Kœnig (who commanded the Free French Forces in the invasion), Max Pemsel (a German general), Werner Pluskat (the major who was the first German officer to see the invasion fleet), Josef "Pips" Priller (the hot-headed pilot), and Lucie Rommel (widow of Field Marshal Erwin Rommel).
With the aid of specially commissioned maps, D-Day: The Longest Day describes the first 24 hours of the Normandy landings and all the events that occurred in each landing zone.

Beginning with an overview of the immense preparations for this historic event, it looks at the airborne and glider landings that preceded the main assault, and each of the individual beach landings, from west to east.

From the slaughter of US troops at Omaha Beach, to the chaotic scattering of airborne forces throughout the French countryside, to the logistical nightmare of consolidating each bridgehead, this in-depth volume brings the turning point of World War II to vivid life.