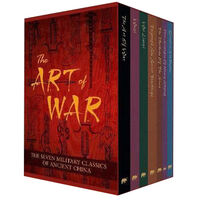 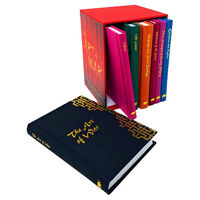 This luxurious 7-volume boxset contains the most famous military texts of Ancient China, bound in high-quality cloth and presented in a decorative slipcase! Written between 500 BCE and 700 CE, these texts have inspired generals for millennia, both in China and the wider world. Their understanding of warfare also has also shaped tactics beyond the military, shedding light on modern subjects such as leadership and corporate strategy. Includes: The Art of War Wuzi Wei Liaozi Taigong's Six Secret Teachings The Methods of the Sima Three Strategies of Huang Shigong Questions and Replies Between Emperor Taizong of Tang and General Li Jing Product Information: • ISBN: 9781838576813 • Author: Various • Publisher: Arcturus • Format: Book Collection • Dimensions: 13.9 x 19.7 x 13.1cm 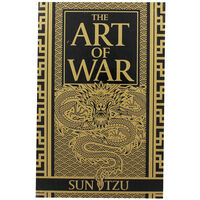 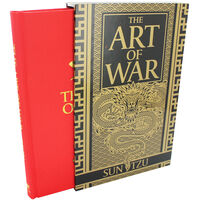 The Art Of War

Written around the 6th century BC, The Art Of War is one of the oldest books about military staggery, and probably the best. It teaches you, how when the battle commences, to think on your feet and catch your enemy off guard. Since its translation its readers have included Napoleon, MacArthur, Montgomery, Mao Zedong and General Van Riper, who helped plan Operation Desert Shield and Desert Storm/ The lessons of The Art Of War still apply, and this beautiful edition includes a fascinating photo script on how the ideas of Sun Tzu have peen put to use in business, sport and other areas of life. It is ideal for anyone who wants to outthink and outflank the opposition. This beautiful version of the book comes with a silk bound cover in a slip case box. This hardback book has 160 pages and measures 23.8 x 2.1 x 15.7cm 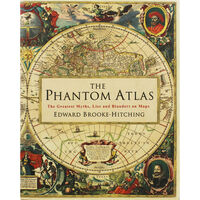 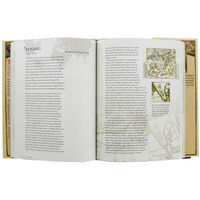 The Phantom Atlas is an atlas of the world not as it ever existed, but as it was thought to be. These marvellous and mysterious phantoms - non-existent islands, invented mountain ranges, mythical civilisations and other fictitious geography - were all at various times presented as facts on maps and atlases. This book is a collection of striking antique maps that display the most erroneous cartography, with each illustration accompanied by the story behind it. Exploration, map-making and mythology are all brought together to create a colourful tapestry of monsters, heroes and volcanoes; swindlers, mirages and murderers. Sometimes the stories are almost impossible to believe, and remarkably, some of the errors were still on display in maps published in the 21st century. The Phantom Atlas is a beautifully produced volume, packed with stunning maps and drawings of places and people that never existed. The remarkable stories behind them all are brilliantly told by Edward Brooke-Hitching in a book that will appeal to cartophiles everywhere. Product Information:• ISBN: 9781471159459• Format: Hardback• Author: Edward Brooke-Hitching• Publisher: Simon { Schuster• Pages: 256• Dimensions: 25 x 20 x 2.5cm 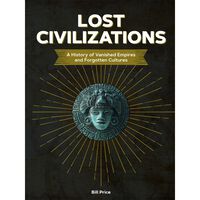 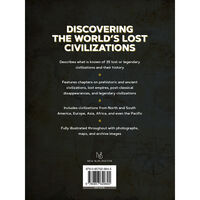 Explore the history of vanished empires and forgotten cultures from the oldest, prehistoric civilisations to the mysterious lost empires and post-classical disappearances of this world.  In some places, the only evidence that remains of a civilisation is the few artefacts that archaeologists have been able to recover: Perhaps an odd bit of pottery or a piece of jewellery. In Lost Civilisations, Bill Price describes what is known of 35 lost or legendary civilisations stretching across the globe.  Fully illustrated throughout with photographs, maps and archive images, Lost Civilisations will look at all the pieces of evidence to explore and explain the incredible array of civilisations that make up our past and what happened to them. Product Information: • ISBN: 9780857629845 • Author: Bill Price • Publisher: New Burlington • Format: Paperback • Pages: 192 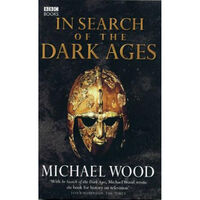 In Search of the Dark Ages

'With In Search of the Dark Ages, Michael Wood wrote the book for history on TV.' The Times 'Michael Wood is the maker of some of the best TV documentaries ever made on history and archaeology.' Times Literary Supplement Product information: ISBN: 9780563522768 Author: Michael Wood Publisher: Ebury Publishing Format: Paperback Pages: 288 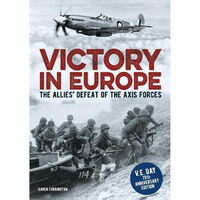 Victory in Europe: The Allies Defeat of the Axis Forces

Operation Overlord was one of the greatest ever military offensives, working to free Europe from the yoke of Nazism. Starting with the landings on D-Day, Victory in Europe traces the Allied struggle to create a foothold in "Fortress Europe". Overcoming initial setbacks, the final crossing of the Rhine and the advance into Germany changed the course of European history forever. This gripping story is told from the perspective of the service men at the centre of the operation, and how their bravery and doggedness made the defeat of Hitler's hordes possible. Illustrated with over 100 black and white photos and maps, Victory in Europe is a thrilling read on the final offensive push against Adolf Hitler. Product Information:• ISBN: 9781839402692• Author: Karen Farrington• Publisher: Arcturus Publishing• Format: Paperback• Pages: 144• Dimensions: 178 x 252mm