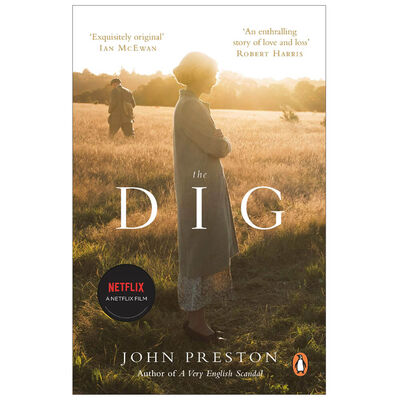 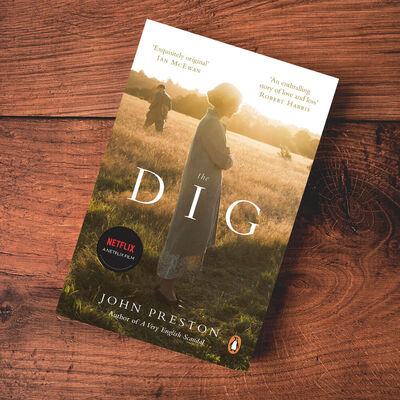 Delve in the absorbing reimagining of one of the most notable archaeological discoveries in Britain and recent Netflix original series, The Dig!

Staging an evocative human drama of passion, rivalry and regret on the threshold of the Second World War, this is a brilliantly realised account of the most famous archeological dig in British history, now a major motion picture starring Ralph Fiennes, Carey Mulligan and Lily James.

It is a long hot summer in 1939 and Britain is preparing for war...

On a riverside farm in Suffolk there is excitement of another kind however: Mrs Petty, the widowed farmer, has had her hunch proved correct that the strange mounds on her land hold buried treasure.

As the dig proceeds against a background of mounting national anxiety, it becomes clear that this is no ordinary find...

'A delicate evocation of a vanished era' - Sunday Times.