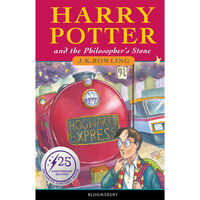 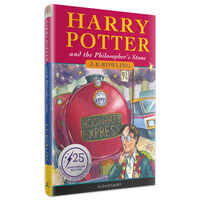 Commemorate the silver anniversary of J.K. Rowling's magical classic Harry Potter and the Philosopher's Stone! In celebration of 25 years of Harry Potter magic, Bloomsbury is proud to be releasing a special edition featuring the much-loved original cover design, with artwork by Thomas Taylor. This irresistible anniversary edition - available for one year only - will bring back treasured memories for the fans who remember the excitement when Harry's journey first began, as well as introduce a new generation to the unforgettable story of the Boy Who Lived. With fantastic bonus content waiting inside, readers are invited to relive the book's magical publishing journey. Enjoy drawings from J.K. Rowling's own archive and discover Thomas Taylor's charming account of how a young artist came to illustrate Harry Potter for the very first time. The ultimate Harry Potter gift and a must for any bookshelf, this once-in-a-generation collector's edition of Harry Potter and the Philosopher's Stone will take you on the magical journey of a lifetime . Product Information: • ISBN: 9781526646651 • Author: J.K. Rowling • Publisher: Bloomsbury Children's Books • Format: Paperback • Pages: 368 • Dimensions: 20.7 x 14.1 x 3.2 cm 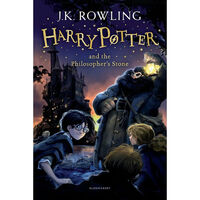 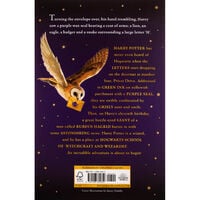 Harry Potter and the Philosopher's Stone

Escape to Hogwarts with the unmissable series that has sparked a lifelong reading journey for children and families all over the world. The magic starts here. Harry Potter has never even heard of Hogwarts when the letters start dropping on the doormat at number four, Privet Drive. Addressed in green ink on yellowish parchment with a purple seal, they are swiftly confiscated by his grisly aunt and uncle. Then, on Harry's eleventh birthday, a great beetle-eyed giant of a man called Rubeus Hagrid bursts in with some astonishing news: Harry Potter is a wizard, and he has a place at Hogwarts School of Witchcraft and Wizardry. The magic starts here! These editions of the classic and internationally bestselling Harry Potter series are the perfect starting point for anyone who's ready to lose themselves in the greatest children's story of all time. Product Information: • ISBN: 9781408855652 • Author: J.K. Rowling • Publisher: Bloomsbury Children's Books • Format: Paperback • Pages: 352 • Dimensions: 19.7 x 12.9 x 2.3 cm 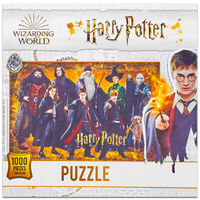 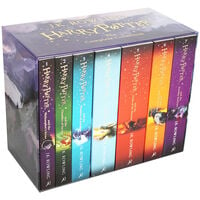 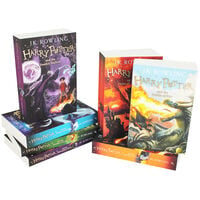 It's time to pass the magic on with this brand new edition of the classic and internationally bestselling phenomenon that is Harry Potter! Dive straight into wicked wizardary after Harry receives endless letters from Hogwarts at Privet Drive in The Philosopher's Stone! Meet the reckless house-elf Dobby and discover Ron's flying car in The Chamber of Secrets! Discover what happens when the Knight Bus crashes through the mysterious darkness in the Prisoner of Askaban! Compete in the Triwizard Tournament, celebrate Halloween and wait for the selection to be made by The Goblet of Fire! Battle with the dementors in The Order of the Phoenix or uncover the dark secrets of the wizarding world in The Half-Blood Prince! And finally... will Harry succeed in his fight against The Dark Lord in The Deathly Hallows? This extraordinary collection is a fantastic gift for all Harry Potter fans, young and old - sure to take pride of place on any bookshelf! Product Information: • ISBN: 9781408856772 • Author: J.K. Rowling • Publisher: Bloomsbury • Format: Paperback - 7 Book Box Set • Dimensions: 25 x 13 x 20.5cm 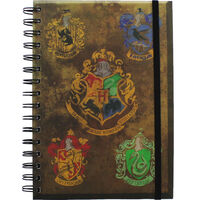 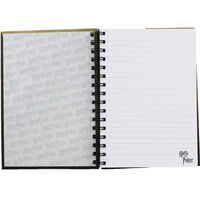 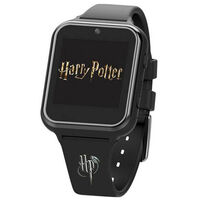 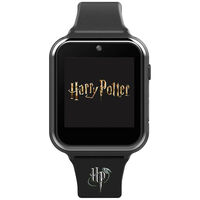 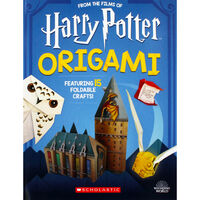 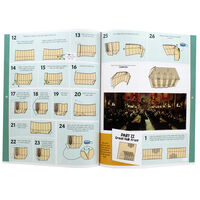 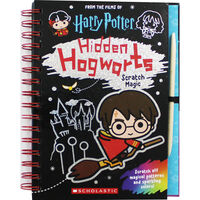 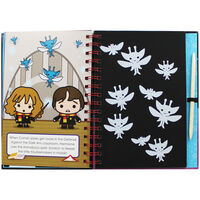 Experience the classic Harry Potter films like never before in this interactive scratch art book. Use the wooden stylus to scratch the pages and uncover the Golden Snitch, find someone hiding under the Invisibility Cloak and reveal a shimmering Patronus-just like magic! Including tons of fun activities and drawing prompts, film-inspired Harry Potter art and 20 bonus notebook pages at the end, this book provides hours of fun and is the perfect gift for any Harry Potter fan. Product Information:• ISBN: 9781338246100• Author: Scholastic• Publisher: Scholastic• Format: Hardback• Dimensions: 22 x 17.5 x 2cm 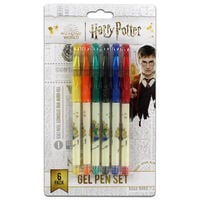 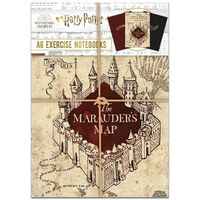 Looking for the best quotes from the Wizarding World of Harry Potter?
Look no further, we’ve compiled our list of the best quotes that capture the magic of both the book series and the films!

Best quotes from the Wizarding World of Harry Potter

3. "I hope you're pleased with yourselves. We could all have been killed — or worse, expelled. Now if you don't mind, I'm going to bed."
― Hermione Granger

4. “Do not pity the dead, Harry. Pity the living, and, above all those who live without love.”
– Albus Dumbledore

5. "Of course it is happening inside your head, Harry, but why on earth should that mean that it is not real?"
― Albus Dumbledore

6. “Love as powerful as your mother’s for you leaves it’s own mark. To have been loved so deeply, even though the person who loved us is gone, will give us some protection forever.”
― Albus Dumbledore

7. "You're a little scary sometimes, you know that? Brilliant... but scary."
— Ron Weasley

9. “Books! And cleverness! There are more important things — friendship and bravery.
– Hermione Granger

12. "There will be no foolish wand-waving or silly incantations in this class. As such, I don't expect many of you to appreciate the subtle science and exact art that is potion-making. However, for those select few who possess the predisposition, I can teach you how to bewitch the mind and ensnare the senses. I can tell you how to bottle fame, brew glory, and even put a stopper in death. Then again, maybe some of you have come to Hogwarts in possession of abilities so formidable that you feel confident enough to not pay attention!"
— Severus Snape

13. "Happiness can be found, even in the darkest of times, if one only remembers to turn on the light."
― Albus Dumbledore

14. “Fear of a name increases fear of the thing itself.”
— Albus Dumbledore.

16. “To the well-organized mind, death is but the next great adventure.”
– Albus Dumbledore

17. "Just because you have the emotional range of a teaspoon doesn't mean we all have."
― Hermione Granger

18. "I’ll be in my bedroom, making no noise and pretending I’m not there."
— Harry Potter

19. "Hearing voices no one else can hear isn’t a good sign, even in the wizarding world."
— Ron Weasley

20. “You haven’t got a letter on yours. I suppose she thinks you don’t forget your name. But we’re not stupid — we know we’re called Gred and Forge.”
– George Weasley

21. "I've always wanted to use that spell."
― Minerva McGonagall

23. "I want to commit the murder I was imprisoned for."
— Sirius Black

24. "Are you insane? Of course I want to leave the Dursleys! Have you got a house? When can I move in?"
— Harry Potter

25. "It matters not what someone is born, but what they grow to be."
― Albus Dumbledore

26. "Anyone can speak Troll. All you have to do is point and grunt."
— Fred Weasley

29. "That wand’s more trouble than it’s worth. And quite honestly, I’ve had enough trouble for a lifetime."
— Harry Potter

30. "He can run faster than Severus Snape confronted with shampoo."
— Fred Weasley