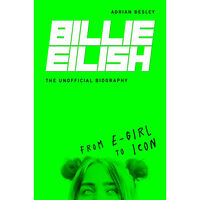 With a number one album in multiple countries and over 53 million Instagram followers, Billie Eilish is a global star! She has collaborated with Justin Bieber and Khalid, headlined at Glastonbury and Coachella, and has appeared in Calvin Klein ad campaigns. In a short career she has become an icon to Generation Z. In 2020, she will embark on an already sold out tour spanning North and South America and Europe, which will raise her profile even further. Billie grew up in a close-knit family - her brother Finneas still writes and produces her songs - in Highland Park, a suburb of LA. Home-schooled and encouraged to express herself, she was a promising dancer until musical success came literally overnight in 2015. 'Ocean Eyes', a song uploaded to SoundCloud for her dance tutor, received a thousand plays in twenty-four hours. The thirteen-year-old's ethereal singing voice was intoxicating and the track went viral. This book follows her journey from singing in her bedroom to performing at massive arenas around the globe. It reveals the story behind the hits and explores what makes Billie Eilish the most extraordinary teenage star in the world. Product Information: ISBN: 9781782439998 Author: Adrian Besley Publisher: Michael O'Mara Format: Hardback Pages: 224 Dimensions: 23.4 x 15.3 x 2.3cm 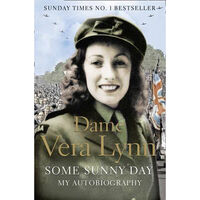 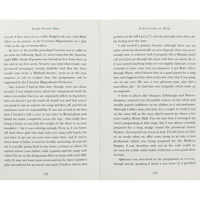 Born Vera Welch on 20 March, 1917 in the East End of London, Dame Vera Lynn s career was set from an early age - along with her father, who also did a turn , she sang in Working Men's Clubs from just seven years old. She had a successful radio career with Joe Loss and Charlie Kunz in the 1920s and 30s, but it was with World War II that she became the iconic figure that captured the imagination of the national public. Her spirit and verve, along with her ability to connect with the men fighting for their country and those left behind praying for their loved ones, made her the Forces sweetheart. Performing the songs that she will always be associated with, such as We ll Meet Again and Yours , Vera toured Egypt, India and Burma to entertain the troops and bring them a sense of back home . Product Information: • ISBN: 9780007318919 • Author: Dame Vera Lynn • Publisher: HarperCollins Publishers • Format: Paperback • Pages: 320 • Dimensions: 19.7 x 12 x 2.3cm 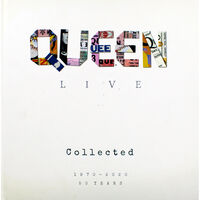 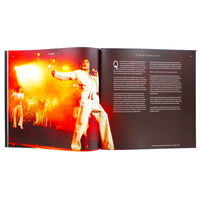 It was July 1985 at Wembley Stadium when Queen proved to their doubters that they were, in fact, they best live band in the world! The iconic performance is still voted 'The World's Greatest Rock Gig' in the music industry polls! There really is no other band with the sheer power, emotion, showmanship, charisma and magnetism that the classic line-up of Mercury, May, Taylor and Deacon performing live on stage. They really are the champions. Celebrate their 50 year legacy, from 1970-2020, with this stunning portrayal of the beauty of the rock legends. Product Information:• ISBN: 9781912332557• Author: Danann Publishing• Publisher: Danann Publishing• Format: Hardback• Pages: 109• Dimensions: 28 x 28 x 1.5cm 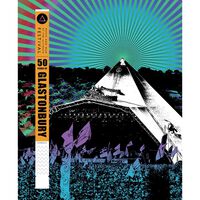 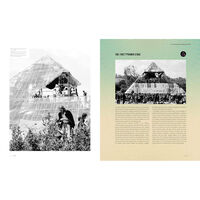 50 Years of Glastonbury celebrates the mud and mayhem that makes the festival one of the most popular musical events in the world, for fans and for artists, alike! Packed with incredible photographs and stories of the acts and attendees who have made Glastonbury a phenomenon, this is a visual feast showing line-ups from each festival and outstanding photographs of headliners and cult acts from the festival's extraordinary history! Product Information: ISBN: 9781787392649 Author: Malcolm Croft Publisher: Welbeck Publishing Group Format: Hardback Pages: 160 Dimensions: 24.1 x 28.8 x 1.5cm 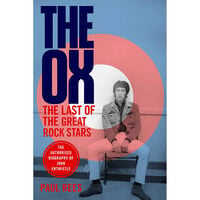 The Ox: The Last of the Great Rock Stars

The definitive no-holds-barred biography of John Entwistle, The Who's legendary bass guitarist! It is an unequivocal fact that in terms of rock bands, the Beatles, the Rolling Stones and the Who represent Year Zero; the beginning of all things, ground-breakers all. To that end, John Entwistle - the Who's beloved bassist - is also without question one of the most important and influential figures in the annals of rock. He is also among an even more rarefied few by virtue of his being such a fascinating, transfixing and gloriously oversized character. However, Entwistle has not been the subject of a major biography. With the full co-operation of the Entwistle family, The Ox will correct this oversight and in doing so, shine a long overdue light on one of the single greatest, and most impactful figures in rock history. After his untimely death, many of these stories were shuttered away into the memories of his family, friends, and loved ones, but now, for the first time, The Ox will introduce us to the man behind the myth-the iconic and inimitable John Entwistle. Product Information: • ISBN: 9781472129383 • Author: Paul Rees • Publisher: Constable • Format: Hardback • Pages: 352 • Dimensions: 23.6 x 16 x 3.8cm 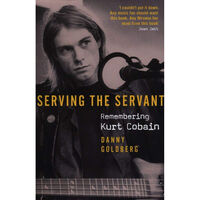 In early 1991, top music manager Danny Goldberg agreed to take on Nirvana, a critically acclaimed new band from the underground music scene in Seattle. He had no idea that the band's leader, Kurt Cobain, would become a pop-culture icon with a legacy arguably at the level of John Lennon, Michael Jackson, or Elvis Presley. Danny worked with Kurt from 1990 to 1994, the most impactful period of Kurt's life. Drawing on Danny's own memories of Kurt, files which previously have not been made public, and interviews with, among others, Kurt's close family, friends and former bandmates, Serving the Servant sheds an entirely new light on these critical years. Casting aside the common obsession with the angst and depression that seemingly drove Kurt, Serving the Servant is an exploration of his brilliance in every aspect of rock and roll, his compassion, his ambition, and the legacy he wrought - one that has lasted decades longer than his career did. Danny Goldberg explores what it is about Kurt Cobain that still resonates today, even with a generation who wasn't alive until after Kurt's death. In the process, he provides a portrait of an icon unlike any that have come before. Product Information: • ISBN: 9781409182801 • Author: Danny Goldberg • Publisher: Trapeze • Format: Paperback • Pages: 304 • Dimensions: 19.6 x 12.6 x 2.6cm