Buy Music Books online from some of your favourite artists. With a range of Cheap Music Books at The Works, choose from biographies, how to play guides and dummies guides.
Filter 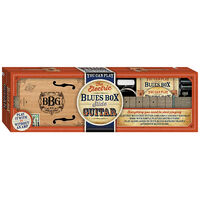 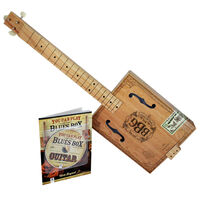 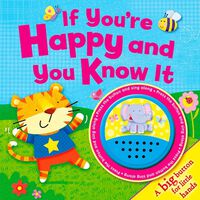 If You're Happy And You Know It Sound Book

Beautiful, colourful artwork in this sing-along If You're Happy and You Know It Sound book! Each book has a big sound button, which is perfect for little hands! Product Information: ISBN: 9781838520854 Author: Sin Autor Publisher: Editorial Base Format: Hardback Pages: 10 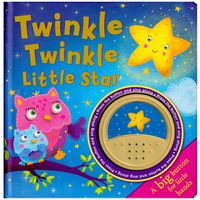 Twinkle Twinkle Little Star Melody Sound Book (with Big Button) Up above the world so high, something magical is shining in the sky. With a big sound button that is perfect for little hands, children will love to listen and join in with this beautifully illustrated classic rhyme. Product Information: ISBN: 9781838520915 Author: Igloo Books Publisher: Igloo Books Format: Hardback 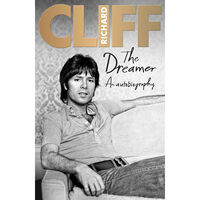 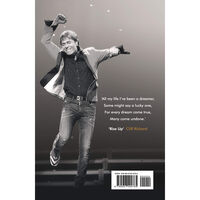 Achieving a hit in every decade since the 1950s, Cliff Richard stands alone in pop history... Join the phenomenal legend as he tells his story, in his own words, in this highly anticipated new autobiography!  Coming of age in 1950's London, he began his music career at Soho's legendary 2i's Cafe. Now, approaching his 80th birthday with record sales of over 250m and counting...  Discover his story, from forging the way for British rock 'n' roll with his unique sound to playing live across the world, with a constant backdrop of screaming fans. Delve into Cliff's life as he looks back on his humble upbringing, and how he went on to fulfil his wildest dreams by becoming a pop star and even a film star. Talking of finding Christianity, reflecting on the ups and downs of life in the public eye, and revealing how the false allegations against him changed his life forever, this is the must-have read for all Cliff Richard fans. He's seen era-defining pop stars come and go, and he's still making new music, with a new project to be released this year! Here's his story of how he made it all happen. 'Before Cliff Richard and the Shadows, there was nothing worth listening to in British music.' - John Lennon. Product Information: ISBN: 9780957490765 Author: Cliff Richard Publisher: Ebury Press Format: Hardback Pages: 416 Dimensions: 24 x 16.2 x 3.8cm 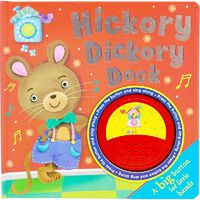 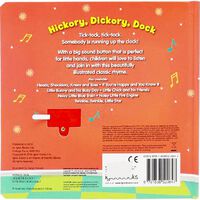 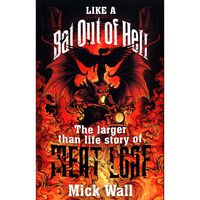 Like a Bat Out of Hell: The Larger than Life Story of Meat Loaf

Everything in the story of Meat Loaf is big. From the place he was born; to the family he was born into; to the sound he made; and of course the records he sold - nearly 50 million in Britain and America alone. But when the messianic rock opera Bat Out of Hell was released in 1977, it became one of the biggest albums of all time, selling over 45 million copies worldwide to date. Its release marked the start of a rollercoaster ride of incredible highs and seemingly career-ending lows. Now, Mick Wall will bring this extraordinary story up to date, drawing on the hours he spent with Meat Loaf, both in interviews and on tour, as well as offering up a unique insight from those who have known him best. Product Information: • ISBN: 9781409173557 • Author: Mick Wall • Publisher: Trapeze • Format: Paperback • Pages: 320 • Dimensions: 19.6 x 12.8 x 3 cm 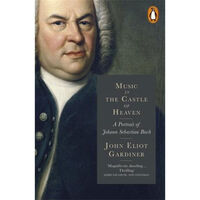 Music in the Castle of Heaven

Johann Sebastian Bach is one of the most unfathomable composers in the history of music. How can such sublime work have been produced by a man who seems so ordinary, so opaque - and occasionally so intemperate? This book distills the fruits of a lifetime's immersion as one of Bach's greatest living interpreters. Product information: ISBN: 9780141977591 Author: John Eliot Gardiner Publisher: Penguin Books Ltd Format: Paperback Pages: 672